One of the ideas appearing on and under the surface of the coverage of the war in Libya concerns "al Qaeda" fighters - this is picked up by Pepe Escober here:

and in the Asia Times:

His name is Abdelhakim Belhaj. Some in the Middle East might have, but few in the West and across the world would have heard of him.

Time to catch up. Because the story of how an al-Qaeda asset turned out to be the top Libyan military commander in still war-torn Tripoli is bound to shatter - once again - that wilderness of mirrors that is the "war on terror", as well as deeply compromising the carefully constructed propaganda of the North Atlantic Treaty Organization's (NATO's) "humanitarian" intervention in Libya.

(I suppose "Belhaj" was "allegedly" friends with "al-Zarqawi" mkII: it's impossible to pin down any of this)

Also, I can half remember a thing about Benghazi militias being flown from front to front by NATO, like Hollywood extras.

When people were massacred in Tripoli last week, and in some places reportedly only non combatant handcuffed black men, the UK press evidently had to report it; but the same things had been reported months ago in the rebel area, and were excluded from the teevee context of the war in Libya, as if they had ocurred only in "liminal news", and so didn't need to be accounted for.
Posted by catmint at 4:23 PM 1 comment: 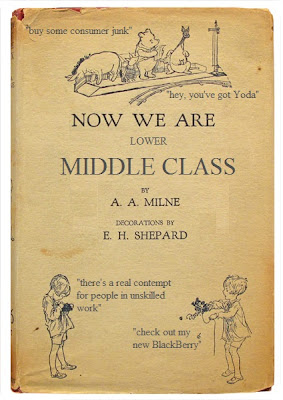 ... that this culture's dislike of the middle classes, always for the wrong reasons, ought to be considered alongside its indifference to, and profound estrangement from, unskilled workers considered as human beings
Posted by catmint at 3:50 PM No comments:

Labels: when I am rich

“There is about a thousand mad men, armed with clubs, bludgeons, and crows, just now set off for Newgate, to liberate, they say, their honest comrades. - I wish they do not some of them lose their lives of liberty before morning. It is thought by many who discern deeply, that there is more at the bottom of this business than merely the repeal of an act - which has as yet produced no bad consequences, and perhaps never might.”

Unfortunately, it’s rare that anyone ever gets to the bottom of any of this business. On the 4th of August, Mark Duggan was killed by police, following which, according to the Daily Mail:

“the IPCC was forced to deny reports that Mr Duggan was “assassinated” as rumours spread like wildfire on the internet that he was unarmed, having put his gun down on the ground when he was shot.”

Mark Duggan’s friends and family organised a demonstration in Tottenham on the 6th of August, demanding answers from the police as to what had happened. At this protest, it’s reported that a sixteen year old girl was beaten by the police prompting a confrontation with police. Parked police cars were attacked with apparent impunity, and then shops were attacked and robbed, certainly by people with a different agenda from the initial demonstrators. A large carpet shop and the flats above it were set on fire. Over the following few nights, Londoners who were so inclined, discovering that they could apparently steal with impunity, attempted to do so (social policy for thirty years has been to resurrect nineteenth century social relations: it is almost as if they had brought back the classes laborieuses and the classes dangereuses). Overwhelmingly, unemployed Londoners have been charged with crimes relating to the riots.

But was there any more at the bottom of this business: the killing of Mark Duggan, the girl who got beaten, police permissiveness (followed by a police crackdown)? But also the surreal sentences handed out to rioters and the teevee disinformation? They’re probably just aspects of the British system, along with institutional racism, permanent house price inflation, the war in Afghanistan and the 2012 Olympics, but we can’t be entirely sure.

There is a nightclub in London, ostensibly closed and boarded up, from which the Aphex Twin is directing rioters to attack Halfords or Tesco Metro, using two specially grooved cardboard disks, that have been laid out on his decks

That isn’t true. I think it’s just a normal response to think about what happened in London and try to reconcile it with what’s happened in popular culture, as well as what’s happened socially and politically. There is something about the staged inscrutability and desperation in this advert for microwaveable sausages:

But, if anything, Chris Cunningham/Chris Morris inspired adverts are a consequence of the senselessness of modern life, more than an influence on it; just as the “shock and awe” advertising campaign for NATO’s looting of Iraq eight years ago, or Libya now, was a consequence of the political organisation of the US and its satellites, and may not have influenced at all the decisions of Londoners to rob Halfords.

Posted by catmint at 4:04 AM No comments:

The Guardian have an incident map up showing incidents of civil disorder in the country over the last week, which I suppose they could eventually turn into a commemorative wallchart.

The media coverage of the riots has focused on events that are understandably upsetting: out of control fires destroying people’s homes, and the destruction of owner-managed businesses. Doing so highlights real incidents of nihilistic criminality: the Guardian today has an article about a woman who works in Poundland who nearly died when her flat was burnt out. If we look at the incident map, it appears that the most common sort of incident is something less shocking: people robbing high street shops.

Posted by catmint at 4:32 PM No comments:

that "men armed with knives and sticks" meme

So … you have to remember, this isn’t a description of a gauzy genre painting, like Goya’s Dos de Mayo, but something that is credibly reported to have actually happened … around the same day this was reported, the BBC were saying Norwegians were demanding a secret trial for Anders Breivik
Posted by catmint at 6:29 AM No comments: