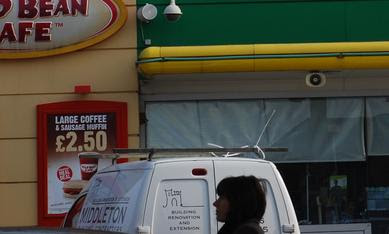 "The "Cultural Revolution" had nothing revolutionary about it except the name, and nothing cultural about it except the initial tactical pretext. It was a power struggle waged at the top between a handful of men and behind the smokescreen of a fictitious mass movement."

I learnt from this essay by Benjamin Noys that Foucault wrote about neoliberalism too.

A text by the German economist Wilhelm Röpke from 1950 sets out the objectives of government as allowing access to private property, reducing urban sprawl, to be replaced with private housing, the development of craft and small enterprises (described by Röpke as ‘non-proletarian’), and the organic reconstruction of society on the basis of community, family, and the local; as Foucault says: ‘You will recognize this text; it has been repeated 25,000 times for the last 25 years.’

I will list the objectives he fixes: first, to enable as far as possible everyone to have access to private property; second, the reduction of huge urban sprawls and the replacement of large suburbs with a policy of medium-sized towns, the replacement of the policy and economics of large housing blocks with a policy and economics of private houses, the encouragement of small farms in the countryside, and the development of what he calls non-proletarian industries, that is to say, craft industries and small businesses; third, decentralization of places of residence, production, and management, correction of the effects of specialization and the: division of labor; and the organic reconstruction of society on the basis of natural communities, families, and neighborhoods; finally, generally organizing, developing, and controlling possible effects of the environment arising either from people living together or through the development of enterprises and centers of production.

I was reminded of this by these comments, by former Bundesbank board member Thilo Sarrazin:

"A large number of the Arabs and Turks living in this city (Berlin) has no productive function other than selling fruit and vegetables".

Herr Sarrazin objects precisely to Arabs and Turks' retention of petit bourgeois modes of living, and their failure to enthusiastically take up positions as shelf stackers at the Aldi. Together with Chancellor Merkel's lamentations about these same workers' lack of reverence for Pombär, these comments wonderfully illustrate the decomposition of rational thought among the German élite.

Neoliberalism is an ideology that does not realise its worldview. The Roman Empire, or the Islamic Caliphate, attempted to impose a system their leaders approved. Even the Soviet Union imposed an economic system - the bureaucratic command economy - that its leadership understood and approved. Neoliberalism is a sort of pastoral fantasy, created by Western capitalism's own bureaucracy, in place of the scientific analysis that they are incapable of producing.
Posted by catmint at 12:52 PM 2 comments:

C.C.: It’s a fact that the passivity of contemporary man rests on the following imaginary signification: technoscience as capable of resolving problems in his stead. Between 1950 and 1980, the main mystification was that of the technical competency [technicité] of politicians: they know—it’s too complicated—how to comprehend nuclear matters, how many bombs the Russians have, etc. An individual picked off the heap, it seems, wouldn’t be able to comprehend what it means for the Russians to have two thousand bombs and the Americans one thousand five hundred. That’s beyond them; one needs a specialist—and not a nuclear specialist but a specialist in “politics”!—in order to understand it. Or this same individual couldn’t understand why the French State has to throw away eight hundred millions dollars for planes that are said to “sniff” oil at an altitude of five kilometers; in order to understand the need for that, you have to have graduated from France’s finest schools of engineering and administration [être polytechnicien, énarque] and be named Giscard. This farce about the technical competency of politicians prevailed for an entire period.

At present, the two elements coexist. Fabius, for example, still embodies the mystification of technical competency: he’s the “expert.” Léotard embodies the other pole, created by Ronald Reagan, even if he hasn’t acted in Westerns, and . . .

C.C.: There you have it. We are a country with a classical culture; the marathon is Léotard’s Western.
Posted by catmint at 12:00 PM No comments:

Zizek's latest thing might be thought of as a sort of Pepsi challenge, where Guardian readers get to decide if they like the cool flavours of Robert Brasillach - if reading a newspaper is tasting blind.
Posted by catmint at 3:31 PM No comments:

Labels: zizek is a moron

A good method for analysing things is, start with what is really happening.

Some British workers get that the point of immigration is to keep wages low. Those that are both self interested and economically literate tend to be opposed to immigration for this reason. The media and government apparatus responds to this constituency by shrilly accusing them of racism, and offering them various ways of expressing this purely economic grievance, involving shrill expressions of racism, in various strengths, and no programme for improving their economic circumstances. The notion that British workers are seeking to preserve a pure British race, or a pristine British culture, is part of this process of recuperation, by which the plutocracy seek to defame or divert people critical of its policies. But this imposture is absurd, because Britain has been racially diverse for a long time, and its culture is capitalism.

Dr Zizek’s shoddiest op-ed yet basically rehashes the British plutocracy’s propaganda, in an attempt to convince Guardian reading “progressives” that the working class are “a paranoid multitude”, subject to violent racist fantasies, with the inference that the “progressive” middle class ought to rally round the oriflamme of plutocratic “liberalism”.

I realise this simple explanation doesn’t account for all of Zizek’s rhetoric: his nonsensical history, his neglected fascist “thinkers”, his collages of disparate ideas dressed up as an argument, and his media personality, apparently delighted to talk about “half-Jews” “and so on“. I’m not sure that Zizek “ironically” represents the true spirit of European plutocracy, while posing as its adversary, or anything like that. Really, I think he’s just a bit of a cock.
Posted by catmint at 3:57 PM 11 comments:

Labels: zizek is a moron

fascism with a human face 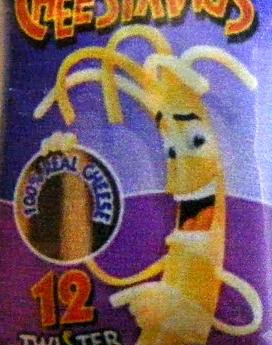