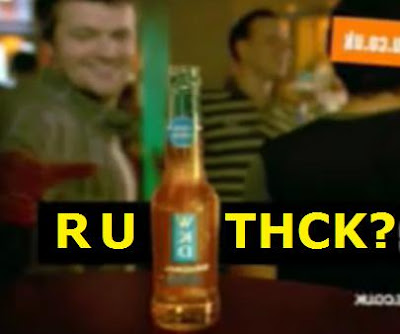 Posted by catmint at 2:22 PM No comments:

Part of what elevated Robert Harris's bestselling novel, The Ghost, from routine airport thriller to literature proper, was Harris's playing about with a sort of joke that ran through popular culture, that Tony Blair was working for the American secret service. It wouldn't be surprising if a few of the current Labour party apparatus read Harris, who is right out of their milieu, and they might like the joke too, because they seem compelled to replace Gordon Brown with some sort of approximation of Tony Blair. The right wing canditates: David Miliband, Edward Miliband and Edward Balls, are really standing as inheritors of Tony Blair's programme, as if the disasterous consequences of that programme were not immediately apparent. They are apparently unable to understand that the picture of reality drawn by neoliberal economics was completely false, that the policies that it validated created an unproductive boom, a financial crisis, and finally a large scale privatisation of the treasury in order to save an unproductive finance sector. More importantly, they are the same spiders who supported the war in Iraq.

Suppose we admit that there's a contradiction between the Labour Party's members' idea of what they're about, and the quite unreal rightism of their prospective leaders. What is the basis of this contradiction?

Marxists talk about the bourgeoisie as the ruling class of capitalist society, but this is only half right. The bourgeoisie, to which must be added the higher strata of capitalist management, exist in a society in which economic power between capitalist firms is relatively diffuse. The real seizure of power by a section of the bourgeoisie, such as occured in Kuomintang China, for instance, inevitably leads to a dictatorship of bourgeois special interests and the suppression of bourgeois capitalism. The normal functioning of bourgeois capitalism requires a separate political apparatus to rule according to the general interests of the bourgeoisie. This is achieved by an overdetermined political system. The electorate really vote for politicians to rule the country, but of necessity have to vote, in aggregate, for acceptable parties. Capitalists merely sustain a political culture which is amenable to the capitalist general interest, through exercising their special interests: through assimilation with politicians, and through the media, a special capitalist interest. Academia and public sector broadcasting are only partly autonomous, and don't really distort the dominant political culture. And everyone's actions are somewhat affected by living and working under capitalism.

1. "normal" bourgeois capitalism can be thought of as the rule of politicians, or the hegemony of an autonomous political culture.

So, while we might think it would be more rational for the Labour Party to appoint Diane Abbott, the parliamentary party are likely to have problems moving out of the mainstream of an unpopular and irrational political culture that is nevertheless hegemonic, and also offers lavish pensions. It is unfair to describe neoliberalism as a cargo cult, because it does reward certain special interests, even if in its autonomy it fails to serve the capitalist general interest, or the public interest, even.
Posted by catmint at 3:02 AM No comments:

The process of thinking is, quite evidently, an ordinary human activity, that occurs in, and usually concerns, reality. The idea that human mental activity, when it concerns itself with general or important issues, ought to be divided up into the properly intellectual and the quasi-intellectual, is a quite unreal mystification. The proper intellectuality proposed by this designation represents nothing other than the coincidence of ordinary human cognition with transcendental orders.

A class of Oxford students dutifully copy down what Sir is saying. But a few have glanced up from their copybooks, and noticing their lecturer hatless, immediately and noisily draw lines through what they've written. The others, hearing the commotion, follow suit. Because the lecturer has a removable paper hat, with a letter "i" on the front, which he wears to distinguish proper intellectualism.

The notion that a real intellectual élite not only exists, but is almost coextensive with the British establishment is patently absurd. One need only consider, for a moment, the establishment's intellectual figures. Christopher Hitchens, for instance, whose only noteable achievement has been his transition from the dumb end of leftism to Cheney apologist, a transition carried out with all the dignity of a pac man ghost. Or schools minister Michael Gove, a farmers' fair exhibit of determined credulity, obediently raising his jug head to be filled with lies he immediately teaches, credulous like Tony Blair, but without Blair's polish and Hearst Heiress glamour, a forty year old boy wizard. Imagine this clown teaching kids to read - teaching kids to read his book Celsius 7/7.

Quasi-intellectualism is a description of human reasoning dreamed up by the deluded, or those who seek to delude others. Nevertheless, it might be worth retaining the concept of quasi-intellectualism, for computer systems and social systems that are more or less deliberately set up to mimic human thought.
Posted by catmint at 4:43 AM No comments: